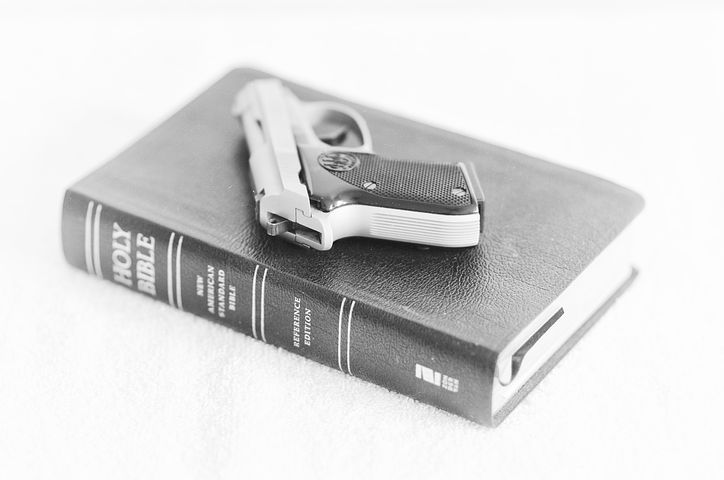 “This would be the first step in apostasy; men first forget the true, and then adore the false.”
C.H. Spurgeon

Have you been called an apostate? Back-slidden? Wayward?

Perhaps you’re riddled with guilt that by walking away from your childhood religion is the unpardonable sin of apostasy. Maybe you’re scared of the questions that circulate in your mind and feel shame for even having them. I know how that feels. I know how heart-breaking it is to not fit the evangelical/fundamentalist mold, no matter how much you pray or try to hold on to it. I have felt the feeling of being torn in half with one part of me vanishing like a fog into the sun, and the more it disappeared, the more shame I felt.

Every step I took was frightening, and the fear, overwhelming. I needed help. My mind and heart could no longer reconcile beliefs I was supposed to have. It was never a choice, but a pull felt from a God I surrendered to at the height of my desire to follow Christ. I never forgot Christ, through the deconstruction, that is the truth I never lost. It was the only part to stick, and digging through the layers, like an onion, the core of truth I found was simple.

The core was Love.

Religion and law fell away and I was left with the simplicity of the Gospel. Love your neighbor. We are forgiven. We are all flawed, and able to eternally thrive and grow, become new creatures. Let go of fear, anger, violence, need for revenge, greed, moral superiority, and judgment.

Sadly, because of that, because of letting go of age-old dogma, doctrine, and the inerrancy of the Bible, my core beliefs are watered down and heretical. I know there are so many people out there in these same shoes. They are feeling alone, judged, rejected by the church unless they fit into the box, and have suffered major hardship and unnecessary shame. There are so many of us that have left and the numbers are growing by the day, and often I receive messages from strangers riddled with the same anxiety I have already gone through.

I believe the church is evolving not forward but back to the truth and we are the highway.

I will not feel guilty for being unable to be part of an institution that has proven to be more concerned with religious law than it is the simplicity of loving your neighbor as yourself. I will not feel shame for advocating for gun reform, when the Christ we follow preached non-violence and told us all to “Lay down your swords, those who live by the sword, die by the sword.” I will not be part of an institution of the religious right that is supporting policies aimed at ripping healthcare away, demonizing the poor, and filling our world with more war and nuclear weaponry. I will not follow the religious law that says that I have to shame LGBTQ when I know for certain that sexual attraction is not a choice, and that dogma is causing suicides and hate crimes.

I choose love. I choose Christ. If that makes me an apostate, then I will suffer the insults and fear rhetoric. The time is now for us to rise up, speak out, and get back to the core of this building that is falling apart. It was built on law, not grace.

Five years ago yesterday,  my grandfather died, and every year since, it is always a difficult day. He was a wonderful man, a Baptist pastor, and I’m sure all of his grandchildren thought they were his favorite. He used to call me his “perfect 10”, which means I was actually the favorite (tongue in cheek). On a serious note, I can’t name another human that has had such a profound effect on my life. Yet, here I am day after day, freethinking his religion. The strength it has taken to speak out is something I cannot even explain, and yet, I know I have to. I was born to and have made profound peace with it.

I wish he were here right now. I wish I could talk to him about everything going on in the world right now. If only I had someone to talk to about the state of the church today. I just don’t see him saluting the empire of Trump and NRA bought politicians. I cannot fathom him not changing his views on guns after the 291 school shootings since he’s died. He didn’t witness Sandy Hook. He didn’t see the kindergartners that were killed, he never looked at their faces. My grandfather loved children. Most of his pictures at his funeral were of him holding babies. He was sincere in it, children brought him immense joy.

I had to witness Sandy Hook. And forever, after that moment, sitting in a little bar looking at the news on the TV, I was changed. I never got over it. I couldn’t after that day reconcile the God I was taught to believe in, because, why didn’t God stop it? These little children were just a couple years older than my own. If I were God, I would’ve prevented it. I realized after Sandy Hook that we are the ones to stop it. The violence, the bloodshed, is on our hands.

Yet, that makes me a heretic. Blasphemous. However, in my heart, I know that isn’t true. I was given my upbringing along with my intellect for a reason. My grandfather and I are ministry partners. I would not have my perspective without his life’s work, and I wouldn’t be here today screaming at my computer day after day trying to open the eyes of every person in my youth church community. My church community voted for Donald Trump. They are being held hostage to the NRA, ripping healthcare away, deporting families, demonizing the poor, all over abortion.

Call me crazy but fetuses are just less important to me than alive little kindergartners just killed with an AR-15. Healthcare for living, breathing humans is more important. Reducing nuclear weaponry is more important. Mental health services are more important. Feeding the poor and caring for the foreigner is more important. Perhaps instead of the abortion crosses that we see in the churchyard, we should have gun violence crosses. Would they then be reminded of the horror and do something?

My fundamentalist grandfather pointed me to Christ. Jesus was a non-violent radical screaming at the religious law makers of the day. The religious right is hanging on to their guns like they claim to hold on to their Bibles.

With the recent school shooting in Parkland, Florida, how can we possibly sit back and not demand change? My thoughts and prayers are given in hopes that hearts will open and intellect will be used. We have the ability to change this. Other countries have had success in gun reform, and we should be taking their example. We need to realize that the shining city on the hill is now covered in blood from our own children.

Sadly, it will keep happening until something is done about it. The definition of insanity is doing the same thing over and over and expecting a different result. If they truly want this country to come back to Christ, then perhaps they should realize who the “Prince of Peace” was and actually vote for politicians and policies that will bring more peace and healing. Until then, their cries of persecution from a godless society are muted by the screams of these kids running through the halls, week after week.

We must continue speaking out, unabashed, unafraid. If I can be the only person in my family, and grandfather’s church willing to risk it all, you can too. Trust your inherent compassion, trust your intellect. You aren’t alone, and are meant to be that lonely blue in your Red Sea that the Spirit is parting.

I know for certain that I was born to leave it. I was never truly in it, as I was always deconstructing. I was five years old asking my mother “Who created God?” Her answer made no sense, never has. I was built with so much fire and intensity and genetic stubbornness for a reason. We do not have the luxury of choosing comfortable conformity. We are the salt of the earth. We were called to flip tables. Those of us that made it out, we must speak to them. We must keep on because we absolutely can move this mountain of gun violence.
I was led out of this religion, not by choice, but a supernatural power. I know that, deep in my core. You were too. This religion has become unrecognizable to me, in every way I ever thought possible. If you’re being pulled out and lead toward the core-Love, keep going. It’s happening for a reason.

“The moon was especially beautiful on that February morning. Looking like a reflection rippling on water, the bright, angelic, crescent moon was the only solace I could find. Cradling my soul from afar, this moon somehow served to remind me that his presence or his energy still lingered here, even though his body no longer did. He was my grandpa, and he had just died.

Cosmically, this moment has imprinted itself into my essence. It marks the beginning. It also marks the end. Everything changed after his death, and yet nothing changed at all.

Little did I know the ‘best of times and the worst of times’ was upon me.

My grandpa was the most influential person in my life. He’s the person that I admired the most. I used to love going into his study when I was a little girl. I can still remember the smell of the old books on his bookcase in the parsonage. Instinctively I knew these were important books, magical books, alive with depth and spiritual richness. I found comfort in their presence as a child. I wondered what was in them and wished I was old enough to read. Instead, one of them was my booster seat while eating at the table.
I’ll never forget being propped up on that thick, giant BIBLE with gold lettering and border. Ironically and metaphorically I was propped up with a BIBLE my whole life until soon after that apocalyptic February morning. My grandpa died first and later my religion.

Some would say it is a betrayal to lose the religion you were raised to believe. I’m almost certain that hearts are breaking that I have turned away from my grandfather’s pastoral influence and beliefs. However, I truly believe that somehow, someway in some distant mystical world, my grandfather led me through the door out. Because what I found was not hell.

I didn’t find sin,
Or fear. Or death.
I found strength. Life. Beauty. Spiritual bloom. Peace. Love. And most of all, I found HOPE.
He had everything to do with it.”

Excerpt from my memoir: “Hope Rose: A Memoir of Resurrection after Religion.”