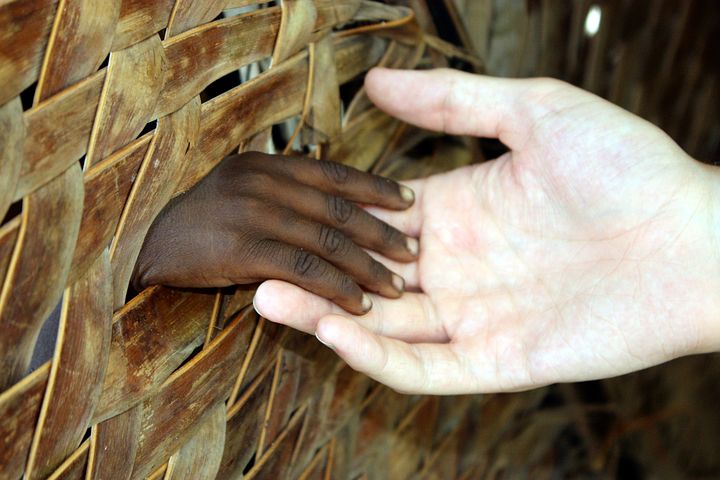 Can you imagine Jesus calling Haiti or other countries in Africa “shithole” countries?

Yesterday in the Oval Office, Trump questioned why the U.S. would admit more immigrants from Haiti and Africa, as he rejected a plan by a group of bipartisan senators which would change the entrance rules for these countries. While arguing his opinion, Trump referred to Haiti and countries in Africa as “shithole” countries. People in the meeting have confirmed the “shithole” statement, but of course, Trump is denying it.

While this feels so immature to engage in he said she said, it is vitally important that we denounce this racist, derogatory, speech as an American value. Also, it is important to expose this non-Christian sentiment coming from a professed Jesus follower. Once again, we are seeing the true colors of Trump’s hypocrisy. Also, his “Christian” claim is only an attempt to manipulate the religious right into helping further oppression.

Haiti was the first country outside of the United States that I remember learning existed. My grandfather used to love to tease us grandkids with stories of eating monkey brains and fire-roasted termites in Haiti. According to him, the monkey brains didn’t taste all that bad and the termites tasted like popcorn. My grandpa was very fond of his missionary experience in Haiti, and I remember him talking about it often.

Like many children from fundamentalist and evangelical churches, I grew up with a global perspective. My grandfather’s church that he pastored was heavily involved in supporting missionaries, some in Haiti, and many in Africa. I was blessed as a little girl growing up learning about other cultures and human suffering; poverty, famine, and disease. The missionaries that our church supported usually came once a year to give a slideshow presentation of their travels.

I remember the pictures. I remember the stories. I did not grow up with a nationalist perspective that seems to have taken over Christianity in America. I grew up learning that Jesus loves all the children of the world. I was raised in a belief system that taught me to care about others living in other countries. The stories and pictures I remember seeing as a child do not leave me, and I am unsure how they seemed to have left so many others.

My grandfather cared about people outside of America, very much. In 1969 he helped establish Technical Assistance Mission (TAM), a non-profit providing support to missionary organizations that provide religious support to hundreds of individuals worldwide. This non-profit still operates and is part of his legacy. He spent 30 years actively supporting global missionaries. Supporting global missionaries is largely a fundamentalist and evangelical tenet, and yet “America First” has plagued the pulpits.

Churches all over America should be outraged and saddened by this recent statement by Donald Trump. They should see the Pharisee in him, the lie. They should see the rotten fruit. I am appalled at the church’s continued support and blind eye given. It is a tragedy that he is using Jesus Christ for political gain and manipulation. One only needs to read the Gospels to see that He is lying to Christians. Leaders such as James Dobson, Jerry Falwell Jr., and Franklin Graham surprise me on a daily basis with their continued support.

I try and imagine my grandfather being here today supporting Donald Trump. I can’t see it. I have been unable to see it since the primaries. He wouldn’t be silent right now. I can’t be. If I were to be silent I would be dishonoring not only Jesus Christ but the legacy of my grandfather. The man who taught me about loving the entire world and all people.

Immediately upon reading Trump’s words calling Haiti and countries in Africa “shithole” countries, the Beatitudes came to my mind. I doubt that Donald Trump knows what those are, however, he should know what Jesus thinks of Haiti and Africa.

Blessed are the “shithole” countries, the Kingdom of Heaven belongs to them.

Those who have ears, hear.

Sex: Let’s Talk About It, America, and Use Common Sense