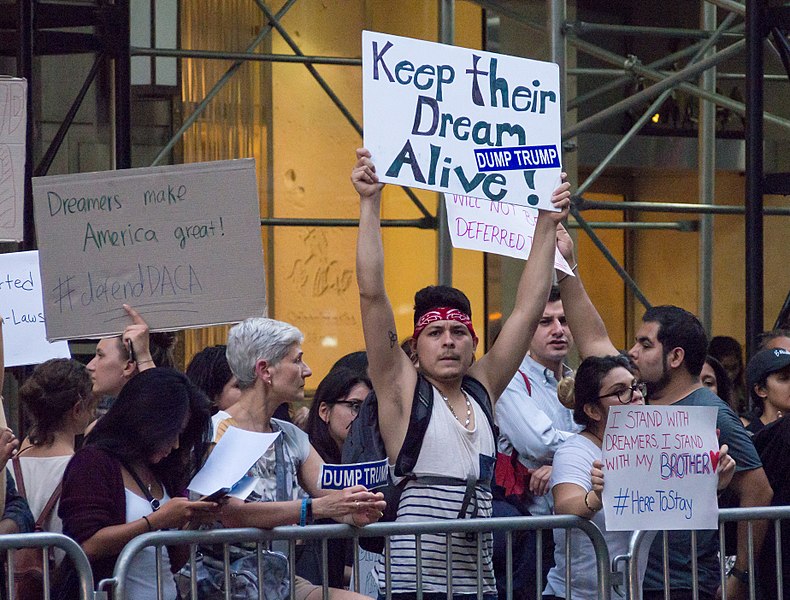 If you grew up in Fundamental American Christianity, chances are you sang the song “Jesus Loves the Little Children,” countless times throughout your childhood in the church. It was written by preacher Clarence Herbert Woolston in the late 1800’s and it gives children a very simple, yet beautiful global message with these lyrics:

As an impressionable child who knows nothing about borders, politics, immigration statuses, world religions, nationalism, or racism, the meaning of this song isn’t hard to understand or digest. As children, it is natural that all children, all people, rather, are precious. We learn elitism and privilege, it isn’t born in us. This song that we learned as children have become counter-cultural in the current age, especially here in America. We have been conditioned by society that some children mean more than others.

Currently, we have the religious right accepting and supporting building a “Great Wall” at the U.S./Mexico border that will cost taxpayers anywhere from 10 billion USD to 40+ billion USD, depending on which economic estimate you examine. They are willing to spend potentially billions of life-saving dollars to ensure privilege for some of God’s children while ensuring continued poverty and starvation for other children of God, other little children that Jesus loves.

Recently, Donald Trump has rescinded the Deferred Action for Childhood Arrivals (DACA), putting the lives of 800,000 humans or DREAMers in limbo. This program shields these undocumented immigrants from deportation. In order to be eligible for the program, they must meet several requirements including; arriving illegally as a minor, they must be employed or in school, and have no criminal record.

These dreamers came to the United States illegally when they were under the age of 16 years old. Most of them were under the age of 10, the largest percentage was just 3 years old. They’ve built lives here. They have friends, jobs, and are contributing to their communities here. This is the only home they really know, and now they are under the threat of deportation and the despair of being sent to a country where they are strangers. Some of them are school teachers,  college students, and several hundred are currently serving in the United States Military. 91% are employed, paying income taxes, and 100% have no criminal record. Deporting them makes no moral sense or fiscal sense.

The silence from the evangelical community regarding Trump’s immoral acts and malice to the gospel of Jesus Christ continues, and the latest attack on DREAMers is one more candle on the cake. What is Jesus to this religious institution? Do they not realize that when they deport the foreigner, they are deporting Jesus? Jesus clearly says that those that do not help the least of these (the poor, the sick, the foreigner/stranger, the prisoners) are not helping Him. He further tells those that turn their eyes from the least of these to depart from him, calls them cursed, and tells them they’re wicked and deserving of punishment. See Matthew 25: 31-46

Are we expected to be perfect in helping the least of these? No. The Gospel also breathes grace and opportunity to repent and do better. Clearly, this recent act of rescinding the DACA is an opportunity for all of us to see Jesus in this situation, respond compassionately, and in a way that honors the Gospel.

I can only hope that perhaps this is a catalyst for change or eyes to open to love and resisting nationalism. Some of us are awake to this and have faced cruel opposition when we speak of the precious value of all humans living and breathing on earth. When we resist this idea of nationalism and elitism, we are insulted and accused of being ignorant “libtards”. We are accused of being unpatriotic and taunted with uncompassionate ideologies such as “we should take care of Americans first.” Why? Why should we only be concerned about people that were born here?

Not only are wall resistors and DACA defenders insulted, but we are being bullied with fear-based Christian rhetoric. Somehow being a person with a bleeding heart for the globe has been equated with Satan and his “one world agenda.” To complicate things further, the rapture theology is thrown in where any global movement toward world peace and equality is somehow anti-Christ. This theology is man-made, complicated, and only serves the powerfully rich global aristocrats who have historically thrived on keeping the poor down, divided, at war, and increasing. Somehow they’ve conditioned Christians to be unconcerned with this life and only concerned with the afterlife, even though Jesus continuously seemed unconcerned with the afterlife. He mentioned THIS world and called us to be the light of THIS world and eliminate/reduce suffering for all.

Love is such a simple theological concept, and I struggle to see the love stemming from the religious right. My hope is that they remember the simplicity of the Jesus they learned about as children and also that whatever we do to and for one another, we are doing to Jesus.

“They also will answer, ‘Lord, when did we see you hungry or thirsty or a stranger or needing clothes or sick or in prison, and did not help you?’
“He will reply, ‘Truly I tell you, whatever you did not do for one of the least of these, you did not do for me.’

Why My Children Will Not Be Attending Vacation Bible School at Your Trump Supporting Church.