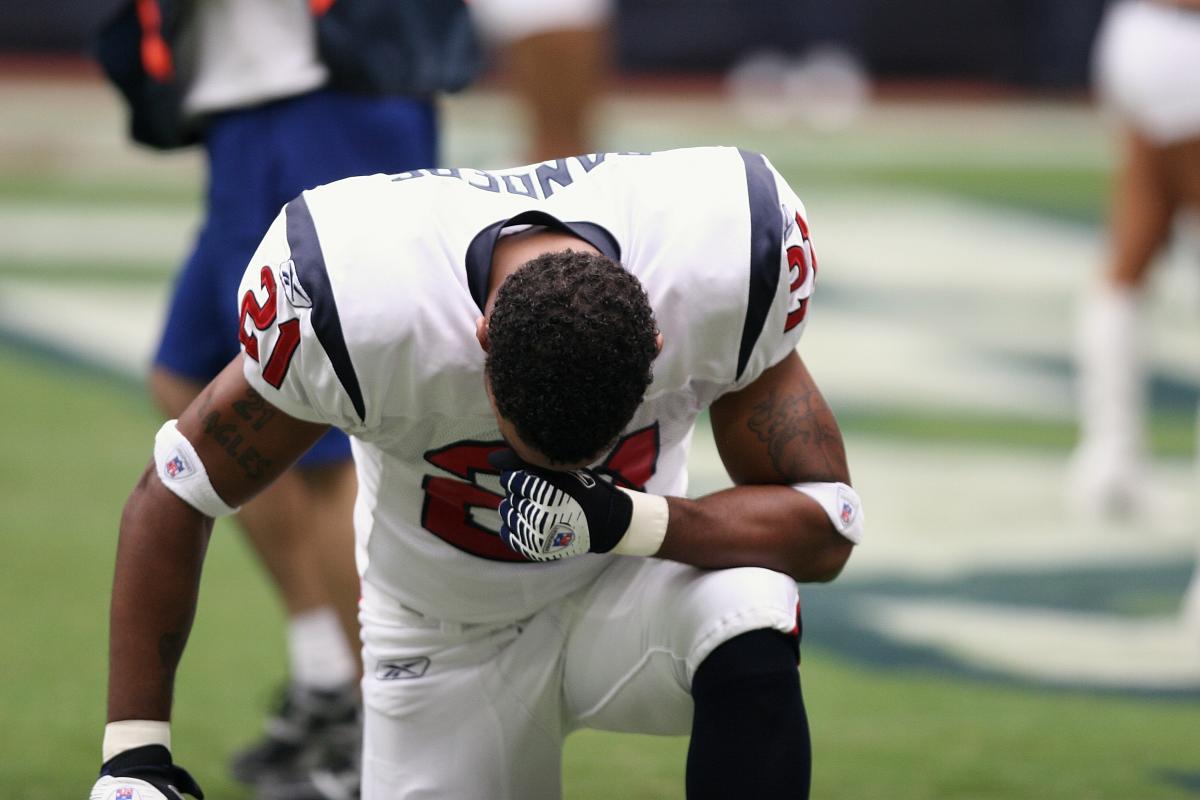 It is vital right now that we see this  NFL controversy for what it is. It is an orchestrated attempt to divide the United States of America. This hasn’t been new and the “powers that be” have been collectively working toward this division since the inception of this beautiful experiment of America, the new world.

This new world was ideally supposed to be about freedom and equality. A country that would grant you civil rights on the basis of just being human. It was a world where you can belong to any religion, or no religion, and still be granted the right to pursue life, liberty, and happiness. It is a world where we can speak out against issues that are hurting other Americans, even if that means opposing the leader. This ideal was never perfect. It has brought forth challenges for what that freedom and equality means. Certain citizens understand what this means and they have fought for this ideal, showing the most respect for our country one can show.

From the civil war to the civil rights movement, to the fight for the rights of  LGBTQ, there have been the fighters/the progressors, and there have been the opposers. All of those fights have one thing in common. All of them take perseverance through time and struggle. Here we are in 2017 still fighting against racism as our president refuses to acknowledge police brutality and racial injustice, and instead call those speaking out peacefully, “sons of bitches.” Our president is calling the mothers of these black football players “bitches.” These women have faced far more oppression and strife than I,  and have raised their sons to be conscious of human suffering, to be courageous and withstand insults, hate, and possibly losing millions of dollars.

These mothers are not “bitches”, they’re heroes. They began and continued the thread of progress and fight for equality in America, the land I love, the land that is increasingly becoming less like what it is supposed to be. I kneel with them out of reverence for the deep hurt and stain our nation can no longer hide.

Since the inception of Donald Trump, racists have gained a voice. They’ve gained a powerful, rich man with a trucker hat, pretending to be one of them to further the divide and give rise to racist voices all over this country. We are watching and we do see what is happening. Like many of you, I’ve had to come to terms with people in my family that have begun to lend their voices to the opposition of equality. I’ve had to try and make sense of it and try and love despite the ugliness I now am forced to look past. It isn’t easy. Donald Trump knows this and he wants us to hate each other.

I refuse to hate anyone. I may think what someone believes in is disgusting because I see how those beliefs are hurting others. I can’t change that, and I will not. I will take a stand for the suffering. I will take a stand for the oppressed. If that means being beaten down with insults, hate rhetoric, toxic Christian rhetoric, threats, etc., I will endure it. I will still stand, speak, and fight in word and deed for all. I would fight for the people against me too, however, I don’t see their suffering.

How are they suffering aside from their own consciences? I see that their bigotry, racism, nationalism, and elitism is causing their suffering, even if they don’t realize how poisonous it is to their spirit. If your beliefs hurt others, there is no possible way those same beliefs aren’t hurting you. We are all connected, all humans, all sharing the same space.

I refuse these attempts to bait me into hating the other side. It is what Donald Trump wants…for this country and its’ people to hate each other. It is what Russia wants. It is what all of our enemies, foreign and domestic, desire.  Divided we fall, America.

I implore everyone, Trump supporter or not to see that we are puppets in this charade. Every divisional tactic that could be used in the past year and a half, since the beginning of the presidential campaign, has been used, played and is gaining speed. We need to wake up as a nation and see what the game is that is being played. The game is dividing America, and we are the players.

In conclusion, they can hate me all they want. They can call me any name in the book or throw whatever hate language, sarcasm, or apathetic “black lives matter” jokes they feel they must. I am still going to use my voice publicly to fight oppression. I will still advocate for all United States citizens to have healthcare. I will still love beyond the belief system of the person, but that does NOT mean I will not call out the ideologies that are hurting other people, including them.

We must refuse the barbaric human tendency to engage in this civil war that is brewing. I’m not going to fight my brother and sister with hate. I’m going to try however I can to fight them with love. Sometimes love means setting healthy boundaries. Sometimes it means distance. Until I can stop being furious, I will stay in peace, strength, and nurturing the reserves of my heart.

We will need those reserves, America. We need them now.

Love will win, but we absolutely all need to take a deep breath, and hold on to whatever love is left, in order to help it grow in this darkness and threat of losing it.