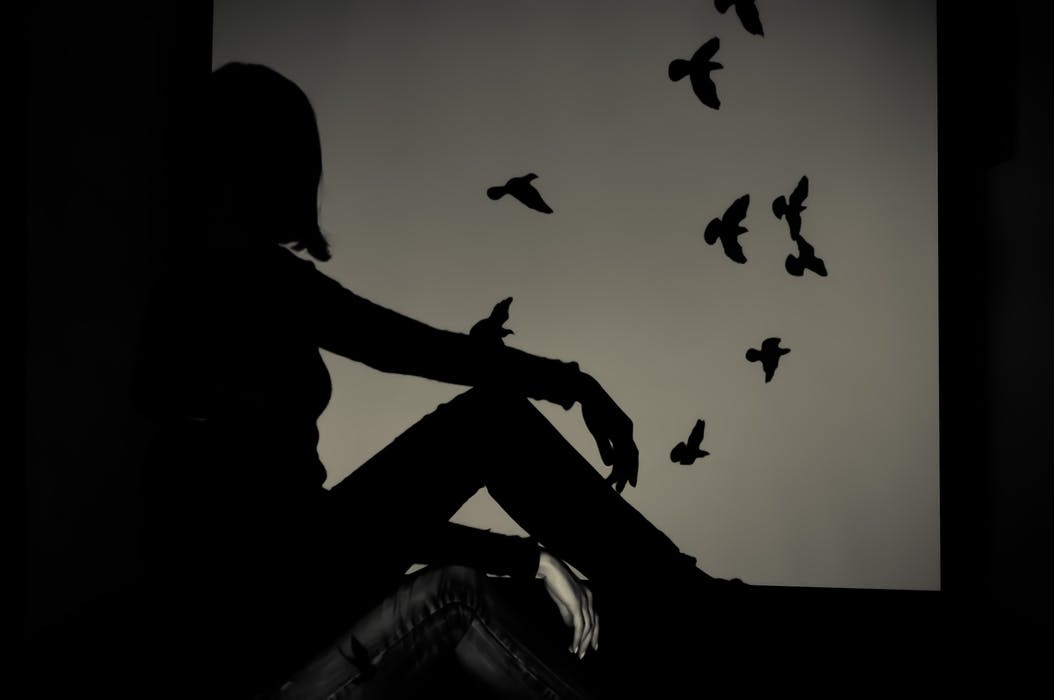 When birds are raised in captivity and accidentally get out of their cage, they usually don’t fare well. Their wings are not strong, their flight is weak and turbulent. They lack the ability to obtain food and don’t quite understand the call of the wild. Likely, if they don’t find their way back into the comforts of their cage where they feel safe, loved, and are fed, they will die. Hopefully, they find another bird whom they can join and learn how to survive.

For the caged bird, freedom could be a death sentence.

For the caged bird, captivity means life, familiarity, and structure.

They don’t know what they are missing and do not question it. The reality of their cage is all they know. However, sometimes their owner makes a mistake and leaves the door open. Sometimes a little child decides to take the bird out to play with it and the bird escapes. Through no fault of its own, the bird is now in a strange dominion and forced to encounter a whole new world. A little taste of wind beneath its wings keeps it from returning to the place it never belonged anyway.

Losing my religion felt just like a bird escaping captivity. The keys that opened the door weren’t of my choosing. The keys came in the form of being born with eyes that saw reality a little differently, or with ears that heard a different message. I was born singing a different song.  I had questions instead of answers. My cage made no sense to me.
Also, the keys that freed me was life itself. Strangers I encountered, friendships I made, personal situations of crisis that forced me to shed all and begin again with the shackles removed. I was placed in a situation where I didn’t have anything to lose. My life I no longer clung to, and so I followed the piper to unknown territory.

I was born to fly away.

At first, I didn’t fit into this new world. I didn’t fare well. My wings were weak and my flight was uneasy. Living outside was incredibly lonely and terrifying. I tried to go back many times to the familiarity of my life before. However, I couldn’t find my way. My home didn’t exist anymore. I was lost. Caught between the known and the unknown.

It was in this limbo, that I encountered the gentle care and guidance of the universe, the spirit, or as I used to define it, “God.” Slowly I began to trust this new world. I began meeting others that have made the journey out before me. The more I saw, the more I understood. The further away I flew, my cage became smaller and smaller to the point that I couldn’t get back in that door even if I wanted to with all my might. I no longer can fit. Freedom was not a death sentence, but my savior.

I can no longer live in a system that teaches that women are not equal. I cannot raise my children to sit in pews where they only hear sermons from men, hear prayers led only from men, and watch church leadership available to only men. This sexist display tells my children that women are beneath men. It tells them women aren’t capable and shows them a hierarchy that is damaging to the empowerment and self-esteem of women.

I can no longer live in a world where my cage is the only cage of truth, where I am taught that mine is heaven bound, and all others hell bound. Other people were born into different cages, through no fault or choice of their own. They were born into different families and have different owners. The only reason mine felt like the right one for as long as it did, was because it was the only home I knew and the only reality I had.

I can no longer live in a system where people of different color, race, creed, nationality, or sexual orientation are not afforded the same quality of life that I have. The same spirit that has guided me out into the wild is the same spirit that guides them. We are all children of this great, caring Hand that I have gotten to know. We are all one.

I can no longer live in a fear-laden jail cell that teaches that the only way to escape my enslavement is when my savior comes back and snatches me and all the other people living with me out, yet leaving all other creatures behind to suffer excruciating pain and torture.

I can no longer exist behind rusty bars where I am told that evolution or science isn’t credible. Outside in the wild, I’ve observed evolution at work. I’ve studied the fossil record and held the skulls in my hands. I can’t unsee that or unlearn that. I cannot forget what I know about the scientific method or the lengths it takes to publish scientific research in a peer-reviewed journal.

I can no longer live in confinement ruled by guilt and shame. The expectations inside are impossible for anyone to live up to, so much so, that it forces an inauthentic life. So many secrets within. So much hypocrisy.

And so I fly above and around my old cage now, hoping the ones inside will hear my song, or feel the wind from my wings. I no longer even want to get back inside, but open the door so that others can get out too. Some of them want to leave. I notice the subtle restlessness of their ruffling feathers. I could fly far, far away and never look back, but the people inside mean too much to me. The people outside mean too much to me. I will not and cannot leave anyone behind.

In a sense, the prodigal daughter HAS returned, and I will stay within reach. I don’t want to lose sight of them, and I know that they don’t want to lose sight of me. I will keep patiently singing my song, hoping one day they can hear it. One by one set free into a kingdom of unconditional love and grace. My early struggles with freedom and learning a new life are their rewards. I already know the way to survive, and together we can bring forth and celebrate the age to come, where unity and love for all prevails.

I may have been the first to go, however, I am not the only, for very long.

“He floated back down ’cause he wanted to share
His key to the locks on the chains he saw everywhere
But first, he was stripped and then he was stabbed
By faceless men, well, fuckers
He still stands
And he still gives his love, he just gives it away
The love he receives is the love that is saved
And sometimes is seen a strange spot in the sky
A human being that was given to fly”
Pearl Jam, ‘Given to Fly’

America in Trumpland: Top 6 lies in this Rabbit Hole