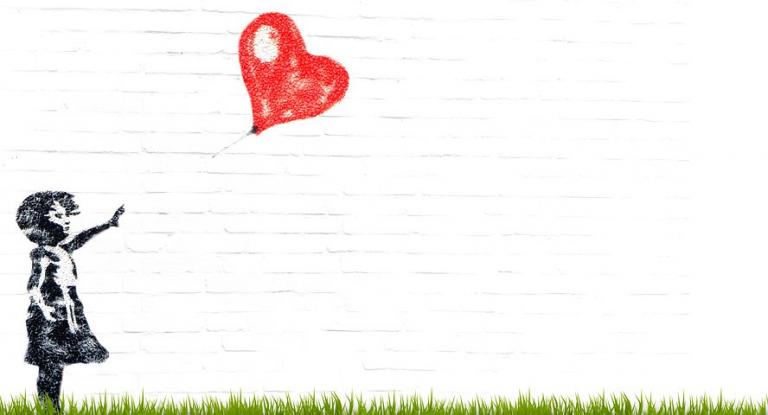 Dear God I once believed in,

Hello old “friend”, it’s me again. Today, I come to you for the last time. Today, I say goodbye because I don’t know you anymore. I never really did. Since the beginning of our relationship, you’ve been fading out in my mind. I tried to hold on to you with every breath I had, and yet still, I have watched you slowly dissolve like fog into the sun. I realized, today, that I don’t love you anymore.

I really wanted to love you though. I worshipped you. I followed you. I’ve prayed prayers of surrender, prayers of desiring to be used for your purpose.  I was taught to fear you. I have been so afraid of you leaving me. I’ve spent a lifetime walking on eggshells trying to please you, trying to show you I’m worthy and begging for grace. I’ve spent years trying to be sincere in my love for you even though it was purely a love born from fear. If I didn’t love you, you could send me to hell. Forever. A hell you created as punishment for your own children if we don’t think exactly how you want us to think. If we don’t say these words perfectly, and sincerely, eternal flames and torture await us.

However, I’ve tried. I can’t worship a Heavenly Father that would send me or anyone else to an eternal hell. I wouldn’t be able to love an earthly father that would do that as it is manipulative and cruel. It is abuse. “Love me, or else. Believe I killed my own son for you, and say this prayer, follow me always, sin no more, tell others this good news, and maybe you get to bow your head at my feet like a fool in love for the rest of eternity.”

Honestly, I’ve always been stuck on the part that you needed to kill your own son so that your other children can escape a hell that you created.

It is said that you are not the author of confusion, and yet confusion is all I’ve found. I have had to accept the most bizarre tales, and yet I can’t. However, if I don’t, your hell awaits, and alienation/separation/demonization from your faithful followers that do accept this is my fate.

I’ve never seen a talking snake but I am supposed to believe in that.
No one would survive three days in the stomach of a whale.

When I read the creation story, my mind does not see literal truth. It sees art. Supposedly you are the one to give me an artistic mind, and yet you tell me it’s not art. But it is. It is mythology.

You tell me I need to read Noah’s ark story as literal truth. Well, there is no logical way that every species on earth was on that boat. Not to mention, how cruel of a story it is. How awful it would’ve been for Noah to watch his fellow humans, mothers, babies, and other animals wail in desperation while drowning. This flood myth predates Genesis, but I’m supposed to disbelieve the carbon dating process and ancient artifacts found. The devil made it up. History and science is a trick, right?

I’ve seen the fossil record, studied human origins, and I can see evidence of evolution. Yet, I must believe we all came out of dirt, a rib, and from the incestuous relationships of Adam and Eve’s children.

You want me to believe that any day now, Jesus is coming literally in the clouds to take up all the true believers and the rest will die. The earth will be destroyed. However, being a true believer is accepting bonker fairytales and myths. So, for those of us who use critical thinking skills whatsoever, have been living in a state of anxiety for most of our lives because as much as we try to accept what we cannot believe, it is impossible. Our minds process information differently. Apparently, you gave us these intellectual minds.

It is the greatest lie ever sold, that the earth will be destroyed by you. It takes all hope away. Apathy results and instead of creating a better world, we sit back, wait for you, and further it’s destruction of our doing, not yours. You’ve convinced millions to forever await your return like a scorned lover bound in unrequited love. You’ve manipulated your faithful followers to forever chase you. It’s love addiction, however. They’re always chasing an unavailable love.

You’ve separated humans into ‘Us’ vs. ‘Them’. Luckily in my family, their human love for me has overcome your attempt of separation. Some are not so lucky. Some that leave you are also shunned by their own families out of devotion to you. I hate that you’ve accomplished this, all because of their naive, co-dependent, fear-driven attachment to you.

I hate that you’ve accomplished fueling bigotry in the church. It saddens me that bisexual or gay adolescents suddenly hate themselves the minute they experience same-sex attraction during puberty. I hate that these adolescents head for a downward spiral terrified that they might be gay, and knowing their family would disown them or love them less if they were. Yet, science tells us it is natural and normal to have those attractions during puberty. But the damage is already done. Science is a lie, and being gay or bisexual is the worst sin of all, according to you.

You have not helped me thrive. You are not helping humanity thrive. You told me I was sick since birth, and I believed that and became sick. You’ve taught me to chase love. You’ve primed me for manipulation. You’ve made me a target because I needed approval and love from others, just like I needed it from you.  In losing you and removing your narcissistic, abusive, manipulative presence in my life, I have found the God that you’ve stolen from me and hid from the world.

I’ve found my heavenly parents. I have found eternal care from both a feminine and masculine energy. I cannot define exactly what this pure love looks like. I have no images. Yet, I know there is something higher than myself that infinitely loves me, has a good plan for me, and with my cooperation, that plan will unravel.

Your son, Jesus, isn’t even your son at all, but another soft heart exploited for your purposes. Jesus belongs to the same heavenly parents that I have found. He tried to tell us the way. He tried to tell us to love your neighbor, and treat others the way you would want to be treated. He told us that we are all guilty and no one has the upper hand on anyone else. He spoke of forgiveness and grace that never runs out.

Sadly, you have stolen his message and turned him into an elitist club of who’s who. You’ve taken this loving, caring, radical man that came to set us all free from religion, guilt, shame, separateness, bigotry, and hate, and turned him into the very things he came to eradicate. You made him into an escape from hell card. Jesus healed the sick, and your followers fight against healthcare. Jesus fed the poor and your followers cut food stamps. Jesus preached non-violence and laying down your swords, and your followers hold onto their guns like they’re saving their own souls with them.

I give you a pat on the back for what you’ve been willing to accomplish because it is impressive. You’ve managed to convince millions to read words translated by men from ancient oral tradition and ancient language as holy, literal, and absolute truth when most of it is not congruent. However, there are so many of us that are awake to your manipulation. All it took was for us to read the book. We found the truth weaved in through parables and poetry. The truth is love. The truth is the restoration of all things. The truth is hope.

We see you. We see what you’ve done to easily manipulated humans. We see the fear you’ve instilled in them. We see the guilt they have. We see their toxic devotion. We feel it in their condescending prayers hoping we’ll find our way back to you.

Well, today, the manipulation stops. The confusion ends. Your mind games no longer work on me. I know what real love is and it isn’t what I see or feel from you.

So, goodbye old God. You no longer exist to me. I never knew you.

Love,
A sister of Jesus.

Grace is Gone: Why I No Longer Feel Badly about Leaving the Church.

Cleansing the Temple: Our work post the inauguration of Trump.