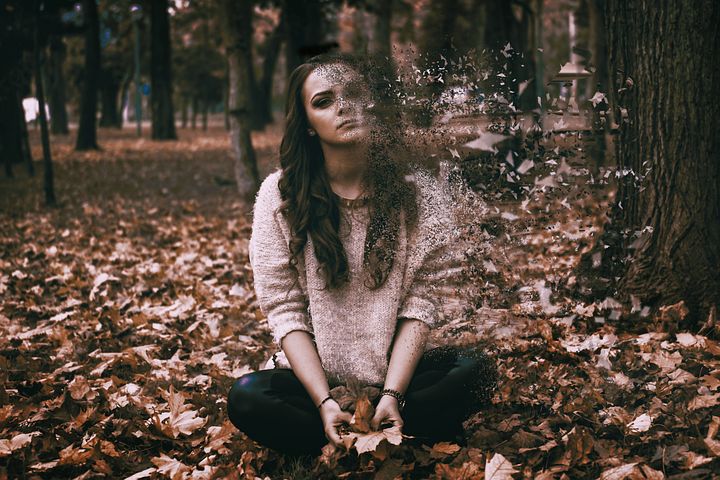 There is a prevalent kind of rape that seems to get a pass in today’s society. It’s not brought into a court of law very often, or a kind of rape that warrants pressing charges. In fact, it’s rape that is deemed a-okay with high fives in locker rooms, cheap fodder for bar gossip, and lyrics in rap songs. It is easily made acceptable by labeling it playing the game. But it’s not simply playing the game–

More specifically, it’s rape by deception, and it happens all of the time, everywhere.

I’ll explain by telling a story about a girl I used to know. Her name was Hope.

Hope really liked this guy she thought was a friend of hers. She had spent a lot of time talking with him over the course of a few years. He showed consistent kindness to her, so there was a built up trust present. Eventually, the attraction was mutual and they began exchanging text messages.

The text messages started off really innocent and sweet. He flattered her with compliments and asked her questions about herself and her children. He seemed to really like her and she agreed to a date.

They grew closer over the next couple weeks and she liked him more and more. He seemed to like her more and more too. He talked to her about love and connection, telling her he wanted her heart first, before they slept together.

She asked him if he was seeing/sleeping with anyone else. He said “No”.

So, she slept with him. She let her emotions get involved. She began caring about him on a deeper level. Soon after, he became distant and different. She knew something was up and she was correct. In fact, she was the last to know exactly what it was.

Come to find out, he WAS sleeping with another woman the entire time. He was also telling people in town that he had told Hope that he never wanted a serious relationship, making her out to be a liar. In fact, he made her a joke to the people of the little town they shared. She felt like she was wearing a scarlet letter everyday at her job, knowing people were gossiping about her and about the situation.

Obviously Hope lost her shit, ended up quitting her job, switching schools, and moving towns. There in her new town, she encountered a similar situation (rape by deception), with the same type of man with a different name, and now, thankfully, is on the path of healing from the wounds she had been drowning out with anger, isolation, and booze.

Hope was raped by fraud, and it happens all of the time, to both women and men.

According to the Merriam Webster Dictionary, rape is defined as: unlawful sexual activity and usually sexual intercourse carried out forcibly or under threat of injury against a person’s will or with a person who is beneath a certain age or incapable of valid consent because of mental illness, mental deficiency, intoxication, unconsciousness, or deception.

Ah, deception. There it is.

Hope’s story precisely fits the definition of rape because she was NOT given the information she requested and/or needed to have in order to be capable of giving valid consent to sex. Information was withheld on purpose to deceive her, therefore her ability to fully consent to a sexual relationship was taken away by the rapist.

Rape by deception also happens to married/partnered people. In fact, if a person is cheating secretively on their partner, they are withholding information that might affect their partner’s consent to sex. Yet, society doesn’t usually define cheating on a partner as rape. However, if the ability to give valid consent is affected by the withholding of important information, this is rape.

Some may scoff at this, minimizing this scenario because it’s common and part of life in the game. However, the trauma experienced by the victim is the same as if it were a rape by physical force.

Some symptoms include but are not limited to:

If this has happened to you, you are not alone.

Society minimizes this type of rape. The rapist may paint the victim as crazy, sensitive, or a liar, which only adds to the trauma by infecting the support system. Victims are left alone, feeling humiliated, used, and gaslighted.

Perhaps no one has ever told you that this is rape. Maybe you were surrounded by an apathetic community that laughed it off and didn’t confirm the trauma you were experiencing. Perhaps you’ve minimized it to yourself and are engaging in unhealthy coping mechanisms to mask the unprocessed trauma.

Again, you are not alone.

I hope more light is shed on this type of “acceptable” rape that runs rampant in our society. Rape by deception is happening all of the time, everywhere, and is an urgent call to fight for and protect women’s reproductive rights and access to birth control/Plan B. What if Hope would’ve gotten pregnant?

I urge those of you who have been affected by this type of rape to seek support. You deserve healing. Sometimes naming what happened to you helps to truly understand and work through the symptoms you’re experiencing. Therefore, I conclude with this-

It wasn’t playing the game, it was rape.

Sex: Let’s Talk About It, America, and Use Common Sense