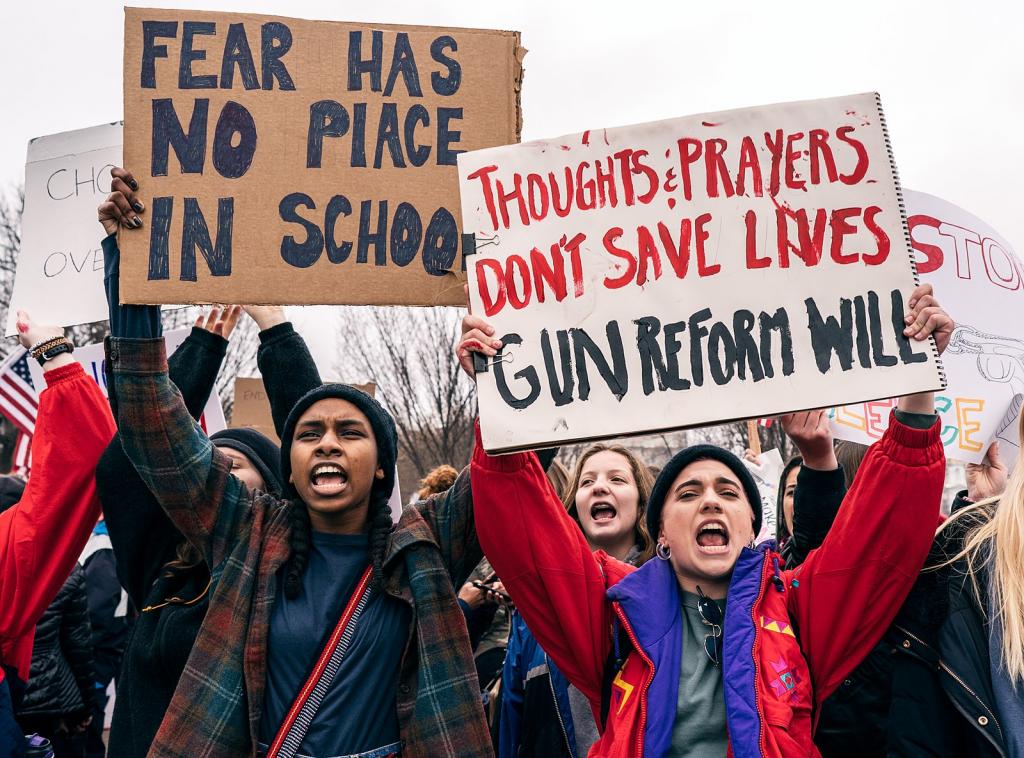 Marjory Stoneman Douglas is being resurrected. The recent mass school shooting in Parkland, Florida occurred at Marjory Stoneman Douglas High School, which was named after the American journalist, activist, feminist,  and environmentalist that died on May 14, 1998. At the time of her death at age 108, her co-autobiographer, John Rothchild said her death was the only thing that could “shut her up” and added, “The silence is terrible.”

Yet, her words from the grave are deafening, and the students attending the school bearing her name are heeding her advice. The immortal words rising are not only for those students but for all of us who live and breathe the fire within that refuses to be silenced.  Douglas wrote the following in an article entitled “How You Can Protect the Environment” published in the journal GeoJourney in 1980:

“Be a nuisance where it counts; Do your part to inform and stimulate the public to join your action. Be depressed, discouraged, and disappointed at failure and the disheartening effects of ignorance, greed, corruption and bad politics—but never give up.”

These kids lead by Emma Gonzalez, David Hogg, and Cameron Kasky aren’t giving up. They are being nuisances to the NRA, NRA bought Republicans, Congress, schools across the nation, gun rights activists, Amazon, Google, Apple…the list goes on. Not everyone dislikes their grassroots movement, however, because their message is clear:

I know I’m not the only parent with restless anxiety right now during each school day. I know I’m not the only parent with a sick gut feeling at the drop off loop, and a light heart with relief and deep gratitude every day during pick-up. You are not alone as most of us are experiencing this. We hear these kids. We support this movement and we will keep being as loud and annoying as we have to be until “thoughts and prayers” become “policy and change.” We will follow the NRA money, vote out gun worshipping politicians, and fight against bringing more weaponry into our schools and instead arm the teachers with more books, dry erase markers, and other desperately needed supplies.

We do not need to arm teachers with guns. More guns equal more violence. Jesus said it best: “He who lives by the sword dies by the sword.” However, these kids have been raised on Tupac who said: “Live by the gun, die by the gun.” Both Tupac and Jesus are correct here. Ask any gang member with personal knowledge of the gang scene and they’ll tell you it’s true. Adding weaponry does not contribute to peace, it is only a band-aid prolonging our culture’s obsession with living in fear and living by the gun.

So to these kids and to all of us, I implore us to live by hope. I see hope with these brave young activists that aren’t backing down. I see hope in America as marches are being planned, and 1.5 million+ Americans are joining their local chapters of everytown for gun safety. I hear the hope spoken to us from the grave from other activists who like Marjory Stoneman Douglas, finally won their fights. Douglas finally, after years of toiling against the destruction of the Everglades, won her fight and contributed to conservation efforts that will continue for future generations.

The students of Marjory Stoneman Douglas and all of us that are joining them eventually will win ours.

Choose peace. Choose hope. Choose action. Choose gun reform. Choose to educate yourself to other countries successful solutions. Choose a different life for our kids.
Choose to be a nuisance:

With our help and fervent action, we can resurrect not only Marjory Stoneman Douglas but Columbine, Las Vegas, Sandy Hook, Pulse Night Club, and all other victims of mass shootings and victims of gun violence that have occurred in America since 1967. We can bring a life-giving message to the ashes:

Another Week, Another School Shooting: Our Prayers Need to Change

To the Apostate: Backsliding Away From Religion and Back to the Prince of Peace.