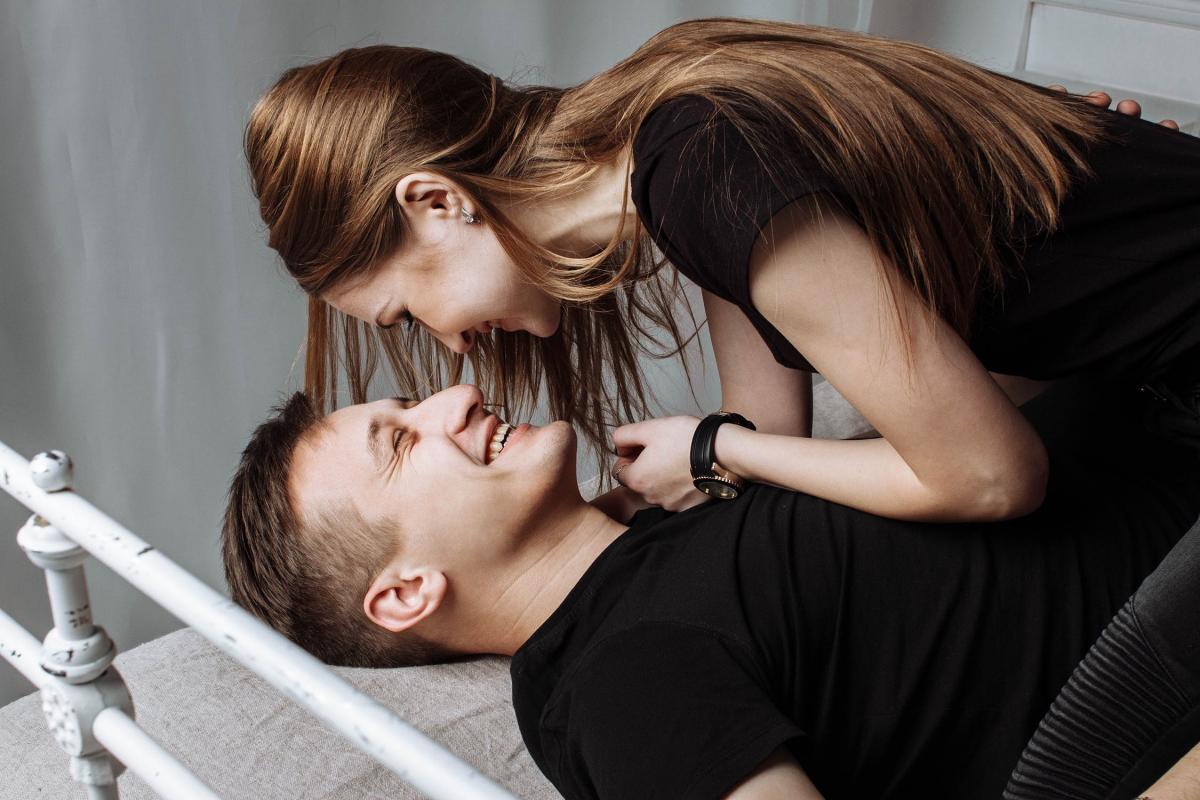 I watched a lot of female mice being raped during my senior year of college. Yes, you read that right. I was part of an insanely hilarious group of psychology students who embarked on a research project to compare human sexual behavior to sexual behavior in mice. Our hypothesis was that the male mice would do anything they needed to do to get laid and that the male mice would fall asleep directly after sex. Observing hours upon hours of mice, the data that we collected proved our hypothesis to be TRUE.

Just like mice, humans are biologically predisposed to have sex. The desire is arguably stronger with men because biologically they are wired to spread their seed to ensure the survival of the human race. Their urges are natural and based on hormones that are out of their control. Based on years of conversations with male friends, I’ve come to the conclusion that it is very difficult for the male to use their brain to keep their desires at bay. They have it kind of rough because of their biological predisposition.

Watching these male mice chase the female mice around incessantly until they captured one and mated with them, even though the female tried to get away, showed me up close this natural need that is so very powerful. In contrast to mice, humans can exercise self-control even through major difficulty. However, humans are also humans, and failing our best intentions is inevitable at times, especially during the teenage years when hormones are raging.

I made a purity promise in youth group when I was 12 years old. Being an overly sensitive young girl that both loved and feared her God, it was an easy promise to make. I was positive I could honor this pact. Psychologically, I was afraid of the consequences if I didn’t. Biologically, I was unaware at the changes my body would undergo in the next few years. I hadn’t fallen in love yet. I hadn’t wanted to express my love yet. I knew nothing. I was 12. I did know sin, I did know fear, and I did know that my God would be so angry if I broke my promise and it would potentially ruin my relationship with my God.

Just like most humans, I was unable to keep this promise. I lost my virginity to my first love, at 18, and instead of it being a beautiful experience, it ended with a major cognitive and spiritual breakdown. I thought God didn’t love me anymore and it was the onset of my downward spiral, that lasted a decade. Most importantly, I was unsafe. I wasn’t armed with birth control or a condom. Being in possession of either would’ve been in direct defiance of the promise I intended to keep. Purity culture had failed me. Luckily, I didn’t end up pregnant or with an STD.

The religious right is hell-bent on trying to legislate purity. Recently, in the name of religious liberty, the President signed an executive order rolling back employer-mandated birth control. Constantly efforts to defund Planned Parenthood are thrown into the spotlight as being a Christian mission. Sexual education in public schools are discouraged and disguised as corrupting the youth with filth and perversion. Franklin Graham recently posted on Facebook about how dangerous sex-ed is and gave a call to Christians to run for their school boards to stop the filth. Here is his post:

“Parents beware and listen up—here’s an example of how dangerous our public schools have become for our children. This Oklahoma middle school was teaching 7th and 8th graders topics in their sex education class including mutual masturbation, oral, vaginal and anal sex as the “4 types” of sex. It disturbed one 12-year-old student so much that she was in tears and asked to be taken out of the class. Another student said, “Mom, it’s like instead of telling us how not to do it, it’s like they gave us a roadmap.” This curriculum tried to make it more elementary by having kids fill in the blanks and referring to “underwear zones.” This is all part of an agenda to pervert the minds and steal the innocence of children—it’s wrong, and it’s evil. Parents, be on guard. Get informed about what the schools are teaching your children. Get involved and let the school and the school board know this isn’t going to happen on your watch. I urge Christians across the country to run for your local and state school boards where you can help put a stop to initiatives like this. Let me know in the comments below if this kind of garbage is being taught in your community’s schools.”

All of these efforts by the religious right to legislate sex are completely futile and will increase abortions. Sex whether marital or pre-marital has and will be going on as long as humans exist. Abortions will always go on, legal or not. Why wouldn’t we want to arm our children with knowledge, STD defenses, and pregnancy barriers? Instead, send them out on the whim they can stay abstinent? That isn’t realistic whatsoever, I couldn’t do it, and I guarantee most of the religious right couldn’t do it. The youth needs education. They need to be taught personal responsibility. Research shows that increasing access to birth control, and increasing sexual education programs DECREASE unwanted pregnancies, which DECREASE abortions.

No one loves abortion. Women’s rights activists are not out on the front line trying to persuade women to get abortions. Being pro-choice isn’t synonymous with being pro-abortion. Most of us are abortion reductionists. We want to reduce abortions, and the actions taken by the religious right are doing the opposite.

I encourage parents, Christians and Non-Christians to have honest and open conversations about sex with their children. We, as a society cannot hide from it, nor do we need to shame it. It’s a natural process, that is both pleasurable and life enhancing. Teens shouldn’t be taught to be ashamed of themselves for having lustful thoughts or sexual urges, because neither can be stopped. It’s like telling your kid to be ashamed for being hungry or thirsty. Sexual repression, in my opinion, based on observations, can manifest itself through extra-marital affairs later in life, perversion, and also contributes to rape and sexual assault. Just look at the rape and molestation of young boys in the Catholic religion by priests, whom are extremely sexually repressed.

Let’s just be smart America, and use our common sense. We are after all, no different than mice. We just have tools at our disposal that can help us succeed and overcome our biological and psychological urges in a way that benefits everyone. May we contribute to policies and programs that will reduce abortions not increase them.

Pride Comes Before The Fall: We All Come Off Our High Horse Eventually

DACA and the Gospel: Jesus is a DREAMer