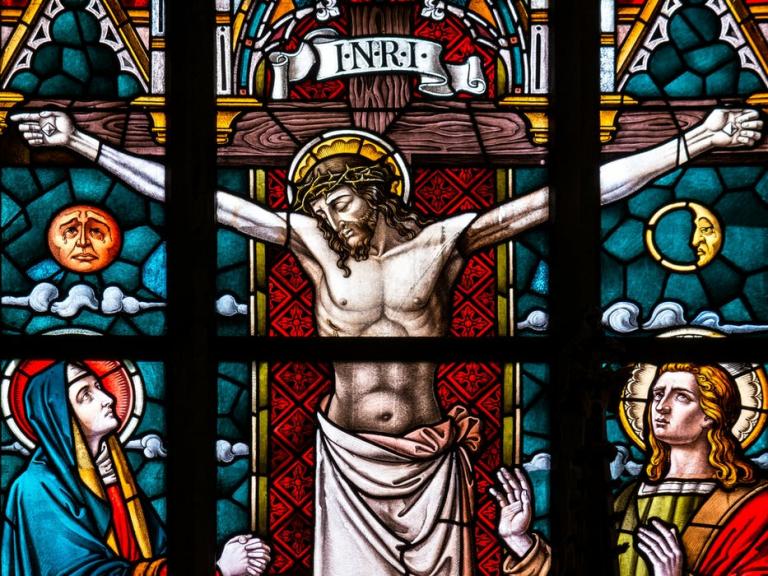 “Sometimes the Bible in the hand of one man is worse than a whiskey bottle in the hand of (another)… There are just some kind of men who – who’re so busy worrying about the next world they’ve never learned to live in this one, and you can look down the street and see the results.”

I was a Christian for 23 years before I ever actually read the Bible. Sure, I was a whiz at completing my Awana workbooks. I could recite numerous verses that I had memorized and I knew all the books of the Bible in chronological order. I read passages, studied parables, and listened to countless Sunday school lessons and sermons on those passages. Yet, I never really read it.

There were times that I did read certain passages out of guilt or boredom at church, but I was reading it with a religious lens that was placed upon me. When I was 29 years old, I experienced something in my own personal faith journey that caused me to hit the reset button on my religion and read it from more of a scholarly perspective. I say “scholarly” lightly because I still prayed for the Holy Spirit to guide me in my studying.

I didn’t start with Genesis. I began by reading the gospels; Matthew, Mark, Luke, and John. It was really interesting and mind-blowing reading it from outside of the religion. I devoured the red words like they were puzzles I was solving. It was addicting. Then I would read Matthew Henry’s commentary and I would be shocked at his interpretation of the parable. The message I received from Jesus’ art was so very different.

Who gave Matthew Henry the authority over the Holy Spirit in our interpretation of Jesus’ artistic way of sharing his truth?

Currently, in Christianity,  liberal Christians and conservative Christians are endlessly arguing about very fundamental differences in Christian philosophy. I can back up my views with scripture and conservative Christians can back up theirs. The Bible is strange that way. It can be translated really any way you want to fit any narrative you want. Try it with any issue. The Bible has been used through the ages to advocate for slavery, molestation, polygamy, rape, patriarchy, and war. It’s a complicated book. It can be dangerous to us if not read with caution.

For example, last year, Ella Foster, 2 years old, died of pneumonia because her parents refused her medical care and believed in faith healing and anointed oils. Her parents, Jonathan and Grace Foster, have been recently charged with involuntary manslaughter. According to authorities, the couple belonged to Faith Tabernacle, a church that discouraged pharmaceutical medications and taught avoidance of doctors.

There are many places in the Bible that clearly and literally tell us to use faith healing. For example:

Mark 16:17-18 “And these signs will accompany those who believe: by using my name they will cast out demons; they will speak in new tongues;  they will pick up snakes in their hands, and if they drink any deadly thing, it will not hurt them; they will lay their hands on the sick, and they will recover.” – Jesus Christ to his disciples.

Their crime was reading the Bible too literally. Their crime was having too much faith in their Heavenly Father. Their devout religious beliefs based on scripture trumped medicine. Their crime was following Jesus and what He said here. Now their child is dead for no reason.

This breaks my heart as there are so many stories of this same exact thing happening where children are unintentionally murdered by their parents engaged in faith healing.
But still, the belief is widespread that the Bible is the end all be all. The Bible says so. The Bible tells us everything we need to know. The Bible is God’s Authoritative Word.

The earliest Christians did not have a Bible. They didn’t have a Holy Book. They had Jesus. Before Jesus was executed, He told his disciples that he was going away but leaving them a gift. He promises them the Holy Spirit, or in another name he gives it, the Spirit of Truth. Read the Passage about the Promise of the Holy Spirit found in John 14,  here.

15 “If you love me, you will keep my commandments. 16 And I will ask the Father, and he will give you another Advocate, to be with you forever. 17 This is the Spirit of truth, whom the world cannot receive, because it neither sees him nor knows him. You know him, because he abides with you, and he will be in you…
26 But the Advocate, the Holy Spirit, whom the Father will send in my name, will teach you everything, and remind you of all that I have said to you.

Nowhere does Jesus explain to his disciples that he will be sending a Book. Nowhere does he say to ignore other sacred texts such as the gnostic gospels.
He promises them a Spirit that will teach them.

When I read certain teachings of Jesus, they ring true to me. ‘Love your neighbor as yourself’ and ‘treat others the way you would want to be treated’ rings the greatest truth of all. How would I want to be treated if I were poor? sick? A DACA dreamer? A high school student afraid to go to school? A single mom? A transgender? A gay man? A lesbian woman? A Muslim? An atheist?

My hope for this Easter Sunday is that we can celebrate this promise that Jesus has come through for us after the resurrection. His message is alive. He has left us with this spirit that can discern love from manipulation. It doesn’t benefit greedy men or powerful institutions to love one another.
Which is one more reason that I believe that is the truth.

He died for it.