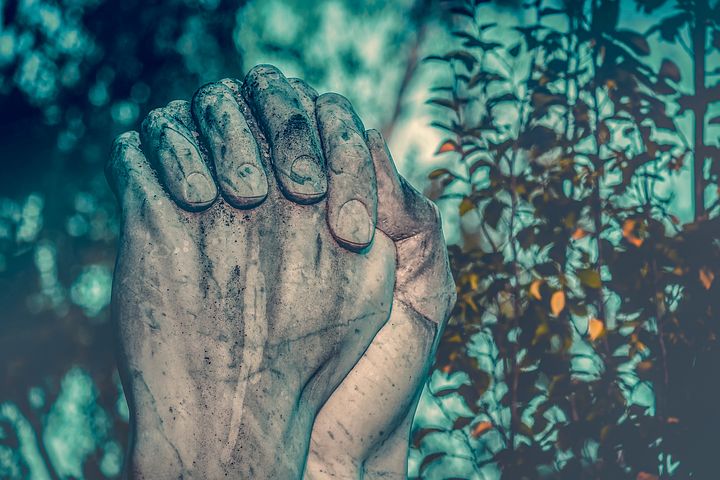 I was taught at a very young age, as long as I can remember, what the “good news” was. In fundamental Christianity, it is a central concept in which all others branch from. This “good news” is indoctrinated in us, and we are told to go out into the world and preach the good news. It is our reason for existence, our life purpose, and where we find hope to make life worth living.

So, what is this “good news” that we are supposed to preach to the world?

Simply stated, and yet theologically complicated, the “good news” is nicely tied up in one verse, John 3:16 “For God so loved the world, that He gave his only begotten son, so that whosoever believeth in him, shall not perish, but have everlasting life.” The good news is that we can have eternal life, and not go to hell after we die if we believe in him. In order to prove our belief, one must be saved, which means asking Jesus into your heart, confessing you’re a sinner and living your life following Jesus.

We are also taught in fundamentalism that those who are saved will take part in the rapture. The rapture is when Jesus takes all the believers up to heaven “in the blink of an eye” and leaves all other people, including atheists, Muslims, Buddhists, etc.) to suffer on earth during a seven-year tribulation period on earth. This tribulation would be filled with the worst torture, starvation, disease, plagues, and wars the world has ever known.

This “good news” I was taught was downright horrifying. I remember coming home from school when I was 6 years old and no one was home. I thought for sure my family was raptured, and I was left behind. I can’t tell you the terrifying panic I felt as a little girl. This fear was always with me. Always afraid I would be left behind.

I believed in the rapture until I was 30 years old. My hope lived in my belief that “any day now” Jesus would come to get me. I could escape and leave this shitty world behind. God was going to destroy it anyway. The worse things got, the closer we were to the coming of Jesus. There was no reason to try and change the world, or bring peace, heal the nations…my central purpose was to get others saved so they wouldn’t be left behind.

However, I didn’t really believe this. It brought me fear and sadness. It didn’t bring hope or promise. Did I love others more than God did? I don’t want anyone destroyed or any humans to suffer. I don’t want anyone to hurt. As I delved into my own spirit, I began to see a different ending. What if there was no rapture? What if the world was going to get better? What if the message in Revelation was, in fact, restoration of creation?

Now this, would be good news.

These questions led me to start over. I hit the reset button on my faith, and one of the first books I read was Barbara Rossing’s scholarly critique of the rapture in her best selling book, The Rapture Exposed: The Message of Hope in the Book of Revelation. Contrary to the premillennial dispensationalist vision of the Bible and geopolitical events, Rossing argues that Christians are called to a renewal of the earth, not to await its destruction. We pray this in the Lord’s Prayer: “Thy will be done on earth as it is in heaven.” She writes, “The Lamb is leading us on an exodus out of the heart of empire, out of the heart of addiction to violence, greed, fear, an unjust lifestyle, or whatever holds each of us most captive. It is an exodus we can experience each day”.

During this reset, I had to unlearn everything and become a blank slate. I started reading the Gospels. Specifically, the words in red, the words of Jesus. I knew there were mistranslations. I knew there were misinterpretations, so my rule was to test what I was reading against my own spirit. If a story or message was present in at least three of the gospels, there was a pretty good chance it was a message I could rely on.

The overwhelming message of the gospels is to preach the good news. However, the good news was completely different from what I was taught in fundamentalism. Jesus explains what the good news is to his disciples before he died. Jesus preached the good news while he was alive. The good news was not wrapped up in his death, or his murder at the hands of the religious empire.

Simply stated, and not theologically complicated, the good news was that the kingdom of heaven is near.

It was a proclamation of freedom for the prisoners and recovery for the blind, to set the oppressed free. Jesus says the kingdom of heaven is within us. This place of unconditional love, healing, peace, forgiveness, and restoration for all people is found within us. This Kingdom begins in our mind. It is the light we seek. It is the world we desire. It is our dream and it is the age to come.

Currently, in the age of Trump, there are many of us that are experiencing immense grief. Every issue we know in our hearts to progress toward for humanity is being threatened or destroyed. Healing disease, loving and caring for the poor, protecting the planet from climate change, world peace, unity, equality,…seems that dream is dying. We are experiencing the death of a dream. However, I have realized the dream is not dead.

The age to come will come, perhaps by different means than we thought. I believe in the Kingdom of Heaven. I believe in the age to come where the outer becomes the inner. Our inner world, our inner kingdom will become the outer world. We must still believe. We must bring it about, in our words and actions. In the end, we win. Restoration of all people wins. Restoration of all creation wins.  The good news is for all people.

Hope is rising. The kingdom is growing stronger. Our light within is getting brighter as we connect, and resist. We will overcome the darkness. It is the way and the truth. It is life.

The age to come.

Resistance, Victory, and Hope: Week One of Trump’s America.

The day I Met Bishop Michael Curry, The Priest of the 2018 Royal Wedding.