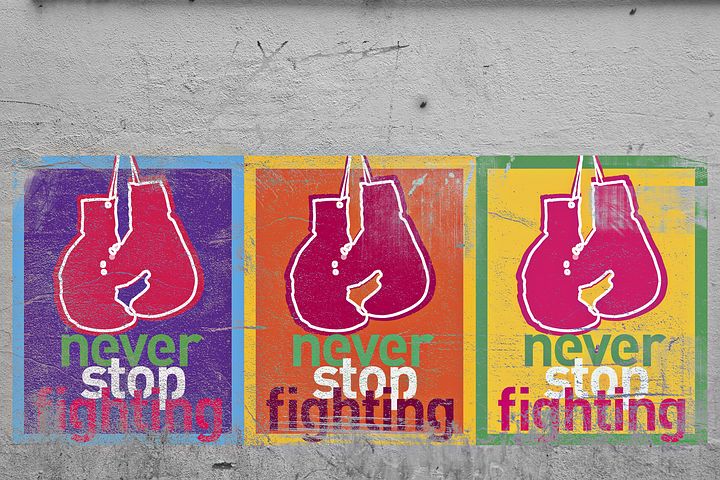 As we approach the end of week one of the Trump presidency, yesterday was the most unsettling yet.

The silencing or “gag order” of several agencies from communicating with the public, the executive orders to progress with the Keystone and Dakota pipelines, and then the day ended with a tweet from Mr. Trump, “Big day planned on NATIONAL SECURITY tomorrow. Among many other things, we will build the wall!”

This tweet coming at the end of such a heartbreaking day was no doubt just an egotistical punch in our already sick stomachs, and one more knife in our hearts. The battle is not lost, however. The Body rose up yet again in Truth and Justice.

Silencing the EPA (Environmental Protection Agency) spurred a rogue former employee of Badlands National Park to frantically start tweeting climate science facts. Soon they were deleted due to the gag order. Bless his/her heart! What troubling times if tweeting science is an act of rebellion. This sparked a little revolution of sorts in the world of climate science.

A new Twitter account emerged called @AltUSNatParkService, with the tagline “The unofficial ‘Resistance’ team of U.S. National Park Service. Not taxpayer subsidized. Come for the rugged scenery, fossil beds, 89 million acres of landscape.” In their feed, climate science facts are shared among their nearing 250k followers in less than a day of its creation. Other similar resistance pages have also begun.

This is beautiful. This is Hope. The God I believe in is rising up through us. Everything is being exposed right now. Most importantly, the light. In the pit of my despair yesterday, I was drawn to read Matthew 10. It is a list of instructions that Jesus gives his disciples. Immediately after reading, the peace came.

Jesus tells his disciples to speak to the lost and to not be afraid. He tells them to travel from city to city proclaiming “good news” from the rooftops that “the kingdom of heaven is at hand.” Commands them to cure disease, heal the sick. He tells them to keep standing, even if it means walking away from those who don’t hear their message. Informs them that they will be hated and tells them most importantly to believe in protection and to take up their cross, do what is right.

The God I believe in is hearing our cries about the destruction of our planet and creation. He/She hears the cries of the refugees that are banned from entering the US as of today. This God is with Standing Rock, and with us all as we watch the erection of this wall. We know someday it will come down and what a celebration that will be for a future generation. I hope my children witness that great event and display of love and unity. This God is fighting with us, not out of fear, but from Mighty power. Just look at the global women’s march on Saturday!

What a ROAR from the Spirit.

As we continue this rising and resistance, remember we are not fighting for victory, we are fighting FROM victory. Love wins in the end. Restoration wins. Healing wins. Compassion wins. God/Life/Spirit/Creation wins.

In Malcolm Gladwell’s acclaimed best selling book, The Tipping Point: How Little Things Can Make a Big Difference,  he seeks to explain and describe social trends and great social movements. He states ” The tipping point is that magic moment when an idea, trend, or social behavior crosses a threshold, tips, and spreads like wildfire.”

Friends, we are on the other side of the tipping point, which all evidence points to the election that struck the match. The Body and its’ Message will continue to spread like wildfire. Let us be grateful and proclaim the good news.

In The Hunger Games (Book 1), by Suzanne Collins, a profound quote about Hope is given by the evil President Snow…
“Hope. It is the only thing stronger than fear. A little hope is effective, a lot of hope is dangerous. A spark is fine, as long as it’s contained.”

Let your Spirit continue to ROAR WITH HOPE.