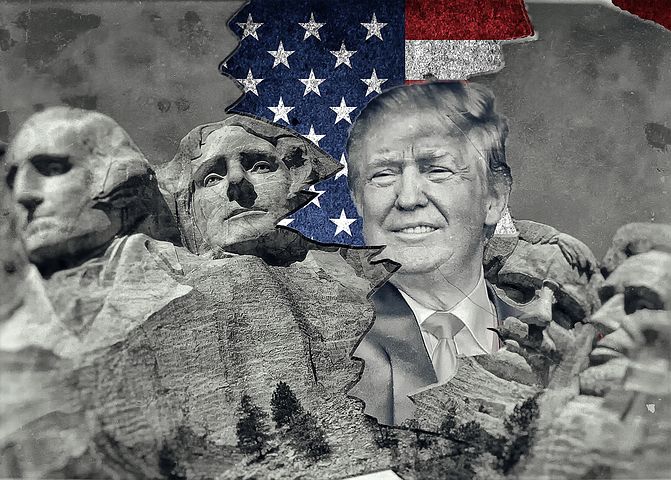 “I think evangelicals have found their dream president.”
Watch the interview here.

This almost leaves me speechless. Who are these so-called evangelicals? Donald Trump is the embodiment of total immorality. His words, actions, policies, and lifestyle are completely unlike Jesus Christ, whom they adamantly claim to follow and worship.

I’m tired. I am so exhausted from trying to make sense of this rabbit hole we have been in now for over a year watching the religious right continue day after day support and praise this president. I am tired of their silence. It is time they open their eyes and see how they are being manipulated. It is time they rise up and speak out.

I have to believe that there are people all over this nation that are sitting in their churches afraid to stand up and say “enough is enough.” They cannot all possibly be blindly drinking the Kool-aid of these so-called Christian leaders and so-called Christian politicians. They must be out there, but too scared to “come out of the Trump closet” in fear that they’ll be estranged from their church, family, and friends.

I know that fear. I have lived it. Luckily, through life experience, I lost all ability to care about what other people think. However, that religion can lock you in a cage of silence and throw away the key. They do it by manipulation. They do it by reinforcing week after week the rhetoric of guilt and shame.

I have to believe that they are having a crisis with this election, even if they aren’t courageous enough to admit it. I have to believe that there are those in regret, and those in confusion, wondering what has become of their faith. Those of us on the outside are watching the church fall apart. We are watching the message of Jesus become so unrecognizable that I am struggling to understand why anyone in their right mind would ever be enticed to become a Christian. It is completely unfortunate because I know how badly Jesus’ message of unconditional love is needed.

It is time for you to rise. Make a statement. Walk out if you have to. Your religion is falling away and the whole world is watching. Most importantly, you aren’t alone. There are so many of us out there who have been through this process. It is scary. It is lonely. But luckily, the numbers of people that aren’t standing for this are growing, and we will be there for you. Your friends, family, and congregation need you. They need to be pulled out of this fog and perhaps you are the one to lead them out.

If you aren’t going to speak out and stand up for the things Jesus was about, then please I beg you stop equating Jesus to the GOP. Stop equating Jesus to Trump. There is a hurting, dying world out there that needs the message of unconditional love, grace, acceptance, forgiveness, and freedom to begin again at any time.

Maybe even you need that message.