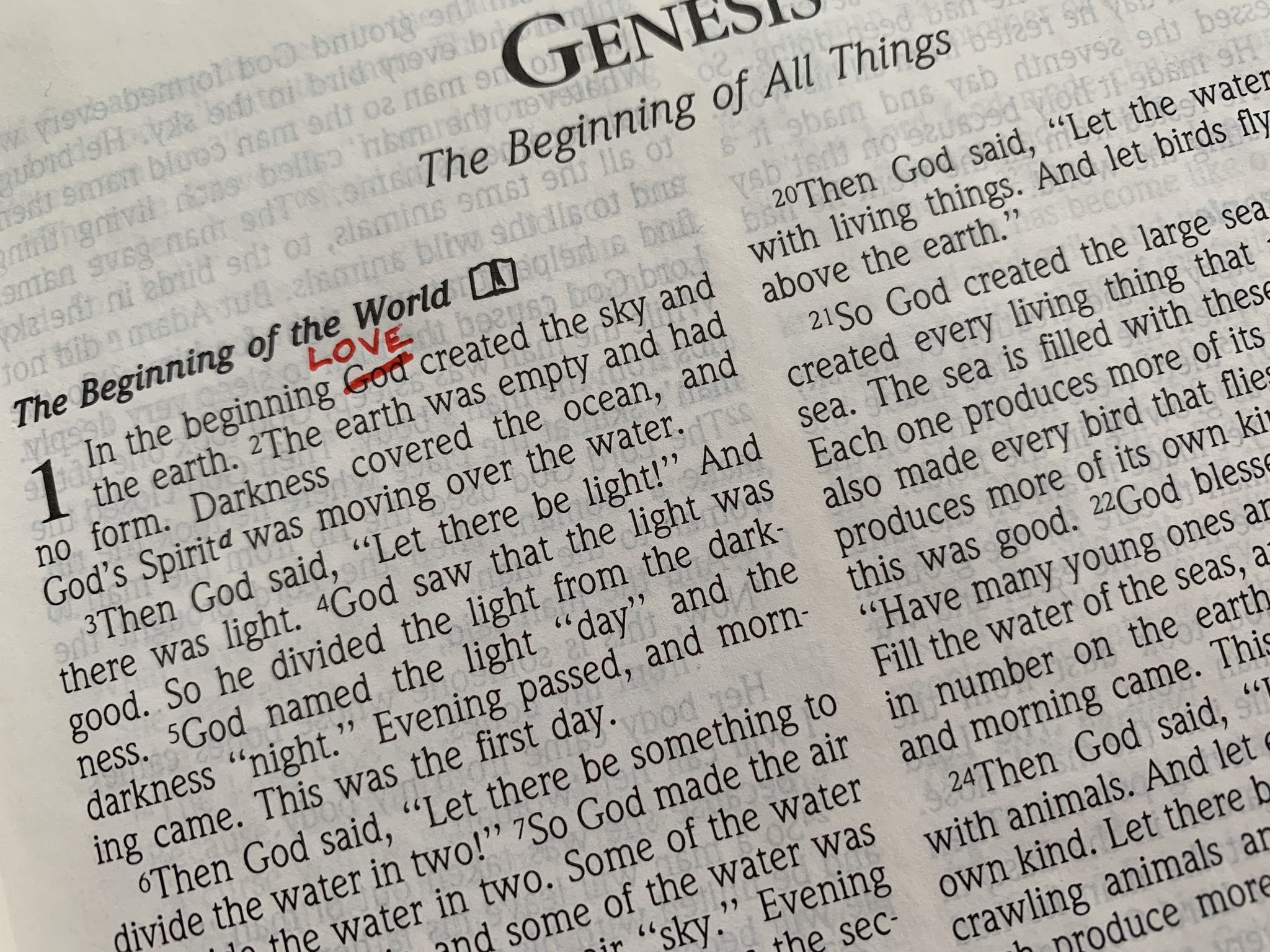 Perhaps for some this sermon was a a simple, packaged up way to explain their existential and spiritual questions. However, the sermon left me feeling gaslighted, confused, and unsatisfied. The sermon explained nothing and only used the logical fallacy of circular reasoning to prove its claim.

If only it were that simple.

Yet, maybe all is not lost from hearing this sermon. I think the pastor, (whose name as a perpetual church hopper, I cannot recall), was on the right track, yet his interpretation was skewed by fundamentalism. He needed to prove that “God” exists, and to reaffirm creationism for his congregants. It is so important for fundamentalists to separate themselves from science, atheists, agnostics, and anyone else living in the world that isn’t them. Many sermons are built upon this separation.

But what if he would’ve built his sermon around the words “In the Beginning Love?” After all, according to many places in scripture-God is Love, and Love is God. Is it an absolute absurdity to exchange the two words? They are supposedly interchangeable, correct?

What if the Church shifted its focus on proving that Love exists, rather than trying to prove that God exists?

In my humble opinion, it is more important for humans to believe that love exists than to believe that God exists. Most of our problems in society are born from a lack of Love, either internally or externally. We can prove that love exist. There is evidence. There is observable data. We know it exists, because we have love inside of us. We are love. When we try and reconcile this love with the fundamentalist/evangelical God, many of us cannot.

If you read the Bible, try this exercise: Anytime you come across the word “God” or “His” other names, replace it with the genderless word “Love.” When you do that, seeing the toxicity is so clear, it blinds you. Sexist doctrines, dogma influenced by bigotry, racist justifications, and other harmful teachings become obvious. If the creed doesn’t agree with Love, then it doesn’t agree with God, if we are to truly believe that God is Love.

Love creates. Love gives life. Love heals. Love completes. Love protects. Love survives. Love does not destroy. The first sentence of scripture should read “In the Beginning Love created the heavens and the earth.” Perhaps then we can give power to where it belongs-to Love. Also, to give hope because:

To the "Godless": We Must Stop the Rising Theocracy of Radicalized Christianity