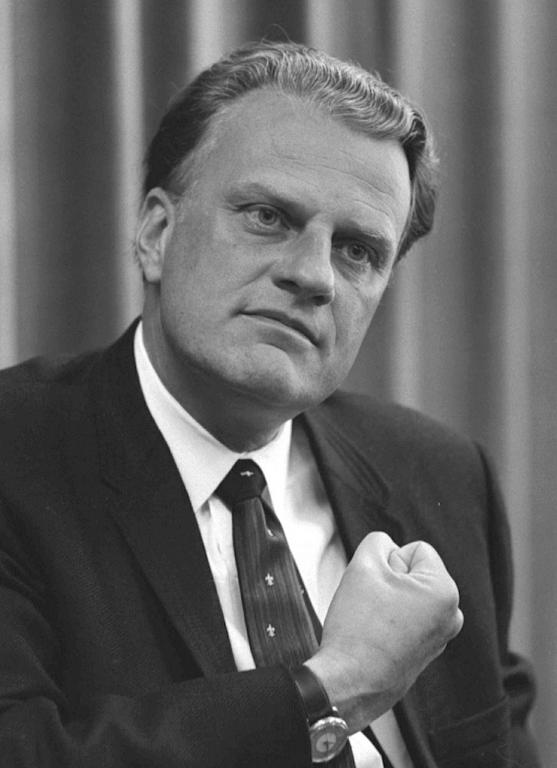 This morning, America’s pastor, Billy Graham has passed away. In his 99 years, he has preached a myriad of amazing sermons, counseled presidents, reached many of “the lost”, and spent his life on a quest for Jesus Christ. His influence on the church is anything but minimal, and he deserves to be remembered and thoughtfully honored.

Throughout his life, he has spoken many beautiful ideas. Not everything he said or believed coincides with what I believe, however, he did string together many profound statements. One of my personal favorites and something I’ve always instinctively believed throughout my upbringing in fundamentalism is:

“It is the Holy Spirit’s job to convict, God’s job to judge and my job to love.”–Billy Graham

I’ve said something along those lines countless times to religious folks in my life because it seemed like the church was not adhering to it. I have been victimized by other’s judgment and conviction and I witnessed it happening to others, in the church, and on the outside. So, this principle is so important for the church to understand if they truly want to emulate the Prince of Peace. However, this hasn’t been our experience in the evangelical/fundamental church. Our experience has been the opposite, which is why a lot of us began deconstructing years ago culminating in our exit.

As important as the above quote is, there is another statement by Billy Graham that I believe to be the most valuable to our present day. Now a warning from the grave, Billy Graham speaks to us all about the manipulation of Christianity by the political right. He stated this to Parade Magazine in 1981, and I think this is the most important thing he ever said:

“I don’t want to see religious bigotry in any form. It would disturb me if there was a wedding between the religious fundamentalists and the political right. The hard right has no interest in religion except to manipulate it.”

I don’t need to list off all of the ways the political right is furthering oppression and engaging in anti-christ behavior and policies. If someone truly does not see that by now, then I have little hopes that they will until the Holy Spirit takes the blinders off. However, for those on the fence, it is absolutely clear as day that the majority of the political right has no interest in what Jesus Christ stands for. Donald Trump has no interest, and yet he continues to pretend and is sadly believed.

The world is scratching their heads, and the bewilderment continues to grow with each passing day. Even Billy Graham’s granddaughter recently spoke out against Trump and had a wise message for her famous uncle, Franklin Graham, about how aligning Trump with the cause of Jesus Christ “diminishes not only my Jesus but all he stood for and came to Earth to fight against.”

She isn’t part of the liberal firing squad, she’s a Baptist pastor’s wife.

It doesn’t concern me that the church is doing a disservice to Christ, because the world is hearing who Christ is from those on the outside.

People of every race, creed, and gender with an opposing voice can clearly read the gospels and clearly see that the religion of the religious right is so far opposite of Christ, it makes our heads spin. Therefore, I am not worried about the gospel not being spoken, because I am seeing it spoken more now than I ever have before in my entire life. I also know that the building of law and political empire infused with Christianity is falling apart because it was never meant to stand. Grace and Love is the body that will rise, eventually.

I am more concerned about not having the church as an entity that could really make a difference to fight oppression, lift up the poor and sick, equality, social justice, climate change, and bringing more peace into the world and less war and weaponry. Imagine how quickly gun reform would happen if we had the evangelical/fundamental church on the side of fighting the NRA and NRA bought politicians. Jesus would be fighting for gun reform, his children are being murdered over greed.

We need them, and they are being kept from fighting for the values Jesus Christ spoke about, all because of this fake allegiance to Christ of the political right. The day they see it is the day we can all roll up our sleeves, together, and bring about and usher in the Kingdom that is coming, which is when,

“He shall judge among the nations, and shall rebuke many people; and they shall beat their swords into plowshares, and their spears into pruning hooks; nation shall not lift up sword against nation, neither shall they learn war any more.”
Isaiah 2:4

Dear America, We Need to Unite These Divided States.

Jesus Loves the Little Children of the World.